"a hazy shade of winter" 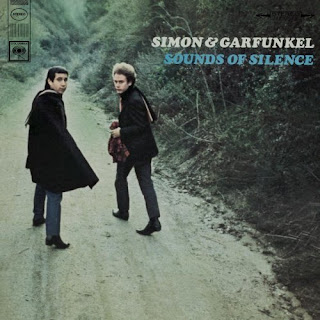 Thanksgiving week is always Simon and Garfunkel time for me.
It started years ago when Mr. IMo? decided to create the "Scarborough Fair" turkey. You know, "parsley, sage, rosemary and thyme". While I bake for Thanksgiving, I like to pull out one of my oldest records (both in age and length of ownership) and let Paul and Art croon as I kneed dough.
I have a sort of funny relationship with Simon and Garfunkel. It started way back in seventh grade. I was out at the music store with a friend, with a few dollars in my hand, hard earned babysitting money probably. There were all sorts of trendy posters and albums to buy, but when I set my hands on Simon and Garfunkel, I decided that I wanted THEM, even though I had no idea what they sounded like. I didn't have enough money to buy the album right then, I ended up just buying an INXS single I had come in for, but I never forgot the name.
It took a few years to track down the duo (my parents having been hippies you would think it would have been easier) . What I remember most about that day is that finding that album was a defining moment. I was in search of something different. I felt different from my peers, nothing I knew at the time spoke to me the way it did to everyone else. It was their otherness from all the big glam rock hair and bad music on the radio at the time that appealed to me. It was the beginning of my separation from the mainstream and into the underground music scene. I was in search of something MORE. Even if it started with the sedate Simon and Garfunkel, with that desire for otherness, I shortly found new wave, punk, grunge, industrial; all sorts of tasty trax. So, in a way this entire blog and all of my musical knowledge, aptitude and thirst for something new and different all come back to a Simon and Garfunkel album I didn't buy.
SONG OF THE DAY: "Hazy Shade of Winter" - Simon and Garfunkel
Posted by digestibletrax at 10:05 PM