Month of the Girl Band: Day 21 a mish-mash

I am headed out of town at the end of the month and trying to write up the rest of my posts ahead of time so I don't miss any days or bands that I could devote to the Month of the Girl Band. Today I am doing a bit of a roundup of bands that don't fit into the other grouping I have going on.

When I wrote about Delta 5 and their musical buddies The Mekons and Gangs of Four, I fail to add The Au Pairs. They had all of the politics of the other bands bit with an added feminist edge. The band formed in 1978, and have a sound that's a cross between the Clash and The B-52s.

The Long Blondes is a band I found a few years ago and have become fond of. They remind me of Elastica, which as I mentioned HERE says a lot.

I also discovered Pretty Girls Make Graves around the same time. Although they were formed in 2001 and mostly guys except the vocalist, they have a very Riot Grrrl sound. Sadly the band broke up in 2007, but they gave it a good run, and put down some excellent tracks.

Another late 70s/ early 80s band that needs to be included is Romeo Void. They are best know for their pop-y "Never Say Never", but I quite like some of the grittier tracks like "White Sweater"(cover). I could only find the instrumental track on youtube, but I recommend tracking down the vocals too. One of the best things about Romeo Void is that even though their music is 30 years old now it still sounds incredibly current.

And then there is Cibo Matto. These Japanese ex-pats have some very eclectic influences. Tape loops, hip-hop, funk, rock and bubblegum pop. With a face of Harajuku sweetness and lyrics that can slice like a Samurai sword, the band is full of dichotomy.

I can't believe I almost forgot to add School of Seven Bells. I saw them open for Interpol a few months ago. They should have been included with the shoegaze girls HERE, but I spaced it. 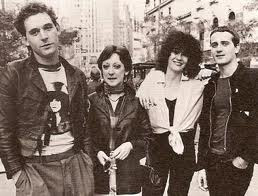 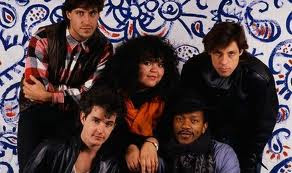 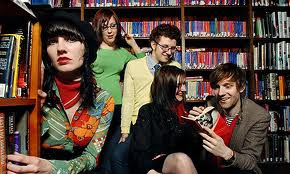 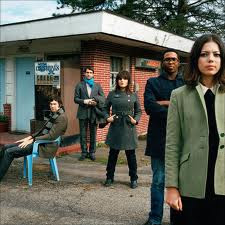 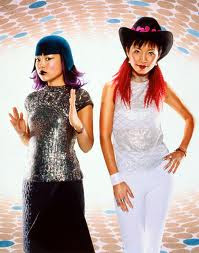 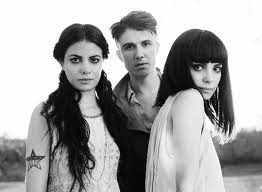 2."Weekend Without Makeup" - The Long Blondes

5. "iamundernodisguise" - School of Seven Bells
Posted by digestibletrax at 9:08 AM