Month of the Girl Band: day 8 Some 80's hair bands

Once upon a time I was a young girl in the 1980s. As much as I searched the airwaves for New Wave, I was mostly surrounded by Glam Rock. Big Hair, tighter than skin pants, fringe, acid washed jeans. The boys had permed hair both longer and more teased than the girls and thier bands were named after girls, like Britny Fox and Cinderella. It all gets rather confusing but the overtly feminine and sexual look of glam rock was a homogenizing segue into the more gender neutral and generally asexual grunge movement (see 4 Non-Blondes as the child of this blend). Despite this very feminine appearance of the music scene, women who rocked were still few and far between.

I must admit that this was not a time when music spoke to me. I was not a fan of Slayer, Bon Jovi, Poison, Winger or any of those New York Dolls ripoffs with crappy music. However, even if the genre wasn't my favorite there were still some very talented girls out doing the best they could in the market. I don't love most of the music from these girls, but they are important in the girl band family tree so I feel I should give them a day in the spotlight based purely on their talents as musicians (watch Lita Ford rip that guitar!). 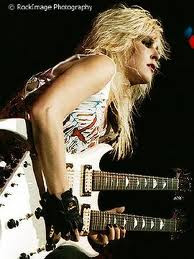 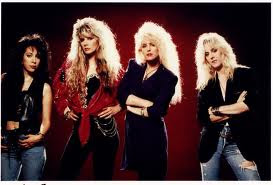 Girlschool (these girls are pretty punk rock still in 1982) 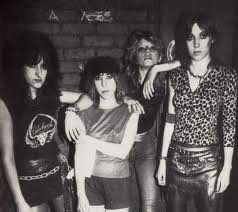 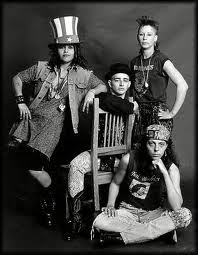 1. "Kiss Me Deadly"- Lita Ford (previously of The Runaways)

4. "What's Up" - 4 Non-Blondes
(although these girls dress grunge they came out of the late 80s and kept the metal sound)
Posted by digestibletrax at 12:15 PM