Month of the Girl Band: day 9 Girls and their Boys

There is that old saying that behind every great man is an even greater woman. Today I want to talk about some of those women, who happen to also be musicians. I have a few in mind to highlight today but there are many more.

Juliana Hatfield founded the Blake Babies in 1986 and when they disbanded in 1990 she joined up to play bass with hottie Evan Dando of The Lemonheads on their breakthrough track, "It's a Shame About Ray" (and Johnny Depp is in their music video). The commercial success of of that tune sent Juliana back to her old ways and she formed a new band as lead singer/ bassist The Juliana Hatfield 3. I had been a fan of the Blake Babies pre-Lemonheads and was so glad to have her back in the spotlight. Her single "Spin the Bottle" may be familiar to some as it was on the Gen X favorite Reality Bites' soundtrack. According to the Lemonheads website Evan and Juliana are still playing together.

Next we have Courtney Love. I am not such a fan of Ms. Love, however, and this is a big however, she was a musician before she ever met Kurt Cobain, and despite her crazies, she is still a musician. In the late 1980s Courtney was Babes in Toyland out of Minneapolis, a band which was a major influence on later girl bands, particularly the riot grrrls, Jennifer Finch of L7 was a one time member of Babes in Toyland too. In 1989 she formed Hole, which is how she met future husband, Kurt. As much of a mess as this girl is, she really has lived through a lot of tragedy, with the loss of her husband and a band mate within two months, and becoming a new mother and widow at nearly the same time, I try to give the girl a break.

Justine Frischmann. I have a huge big bag of green envy when it comes to Justine. There are very few people in this world I am truely jealous of, but Justine ranks pretty much at the top of my list. First off she started one of the coolest bands ever, Suede, with one of the smoothest guys ever, Brett Anderson, who also just happened to be her boyfriend. And Justine wasn't just a token girl in the band; that girl can rock on her own. In 1991 Justine left Suede, and by 1993 she had a new band Elastica, which release its first album the same year. Elastica rocked my world when they came out. Starting with those first few beats of "Connection" I was instantly hooked. Sadly the band didn't have a very prolific career, but the tracks they put out were all perfect.

And finally for today I want to feature the glorious Gwen Stefani. No Doubt was the first band I ever had to go see in a stadium. It was one of the last shows I saw in 1996 before leaving for Poland. The show was No Doubt, Gog Goo Dolls and Bush. I had started getting into ska the previous year and stumbled upon No Doubt just before their 1995 release of Tragic Kingdom and was proud to watch them gain some fame. It was this tour, I believe, where she met Gavin Rossdale (Bush) her eventual husband. As another connection in the family tree of girl bands, Linda Perry, lead singer of yesterday's highlighted band, 4 Non-Blondes helped Gwen create her first solo projects and eventually an album. Although her style has seriously morphed over her career I still find everything she does to be fresh and fascinating, and she ranks with Justine as a girl of whom I am truly jealous. She is beautiful beyond words, incredibly talented and writes some of the best girl power anthems, need I say more. 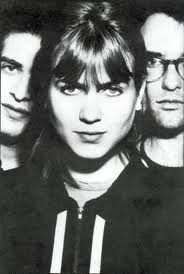 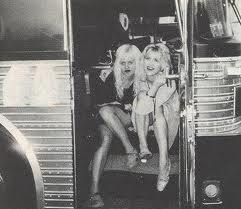 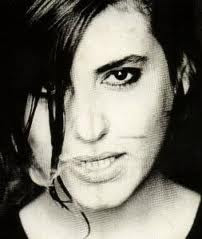 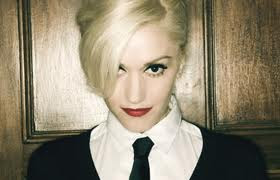 2. "Everybody Loves Me But You" - Julianna Hatfield (love this tune!)

5. "Be My God" - Suede (with Justin Frischmann and Mike Joyce of The Smiths)

Posted by digestibletrax at 12:01 PM