Month of the Girl Band: day 13 "You and Me Punk Rock Girl"

Punk music has always been testosterone heavy, but there have been some pretty hardcore girls who have rocked the braces off lesser men.

First among them I would say is X-Ray Spex. Poly Styrene was a warrior on the front lines of the 70s Brit Punk scene. I wrote more about X-Ray Spex HERE.

I already mentioned The Slits & The Raincoats, but next on the list would be Swiss band LiLiPUT (AKA Kleenex). Switzerland isn't really known for its music scene, however these girls make themselves a major exception. Musically I would classify them in the gray area between Punk and No-Wave. They tend to be more free-form yet with the same short bursts of fury that punk has.

Delta 5 came out of Leeds England in 1979, and are mostly associated with their contemporaries Gang of Four and The Mekons. These three bands were social agitators against the Regan (US)/ Thatcher (U.K.) era governments and overtly political in their music, with Delta 5 emerging from the era as a leading force in the upcoming feminist wave.

Moving on past the Riot Grrrl movement that's already been covered lets skip ahead a bit and hit on The Distillers. Hailing from Australia, Brody Dalle and bassist Kim Chi formed The Distillers in 1998 and quickly hooked up with other feminist bands like No Doubt and Garbage. Brody married Tim Armstrong of Operation Ivy & Rancid, but after a nasty divorce she eventually married Josh Homme of Queens of the Stone Age, had a baby and started and equally fabulous, though entirely different band, Spinnerette. I happen to love Spinnerette. I think it suits her less angry, more docile happy mommy station in life, like Gwen Stefani, she has a little less rage and more of her inner (and out) beauty seems to shine.

TAT is a band I first heard of from Mr. IMo? He had a backstage pass to Warped Tour about 2 years ago and met up with Tatianna and her band. Later I saw them open for Lagwagon and MXPX. Tatianna is a pretty talented girl, and sweet behind the snarl and sailor mouth. She is one of those guitarists who can play just as well behind her head as standing still, and really hope she makes it big someday. It looks like album 2 is in the works, so maybe...

At that same Warped Tour, Mr. IMo? also met Hayley Wiliams of Paramore. He was pretty excited. He had been off working in his mysterious ways in a treacherous part of the world but on the one English TV channel he could pick up, Paramore's music video played in constant rotation. He was pretty excited to find out that Hayley made it to the cover of this months Cosmo.

Some other serious punk rock girls to love:
The Eyeliners (one of many hot bands on Blackheart Records), The Donnas, Kitties, Lunachicks, The Priscillas (these girls are a bit surf punk). 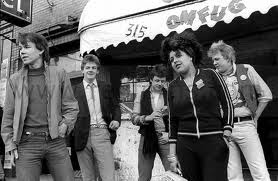 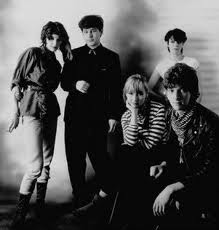 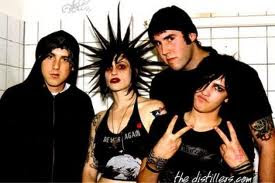 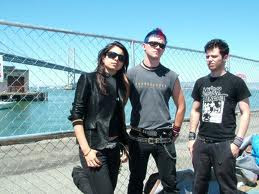 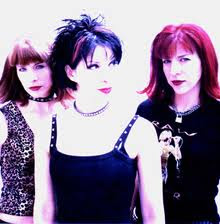 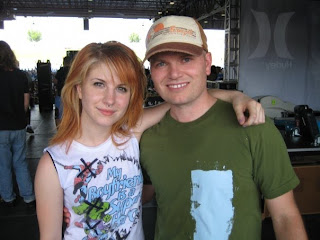 8. "Destroy" - The Eyeliners with Joan Jett

12. "Superhero" - The Priscillas
Posted by digestibletrax at 7:45 AM