Month of the Girl Band: day 5

While out and about last night I asked Mr. IMo? about his favorite girl bands. One of them I will save for tomorrow but here are some of his top choices: The Fastbacks, L7, The Raincoats and The Vaselines.

The Fastbacks were a Seattle band formed in 1979, which I have always found incredible because they so embody the 1990's grunge sound over a decade before. They were on the SUBPOP label and an influence to many other grunge and PNW bands. I highly recommend checking out THIS link to see the impressive list of drummers the band went through. Not only did the drummer chair seem to have a revolving door but the drummers were involved in a lot of other impressive acts. Mr. IMo?s favorite song is "3 Boxes", but I can't find you a copy.

L7 are now best known for having made it onto the Wii Rockband with their song "Pretend That We're Dead" which does seriously rock, but I am always most impressed by their song "Diet Pill". As a teenager I found it to be one of the most biting feminist songs ever about the pressures of the 1950's housewife image and the inability of the average woman to live up to the image of perfection imposed upon her by society resulting in her abuse of diet pills and eventual mental break hitting her husband over the head with a frying pan. When I saw these girls play in a small little club at the age of 17 they totally rocked my world. I was a fan already but they inspired me like no boys ever could. They were shocking, they would strip off their shirts like the boys, they were aggressive and they were wicked good musicians and I was mesmerized.

I wrote up The Vaselines a while back and their song "Son of a Gun", but suffice it to say they rock and were a humongous influence on Nirvana. Technically they are a duo, but I let them count.

Finally we come to 1970s British post-punk girl band, The Raincoats. These guys got a flash on the movie 10 Things I Hate about you by Kat. They may have been previously obscure, but deserving of the quick burst of press. 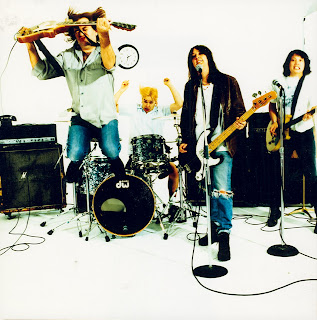 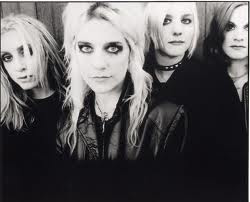 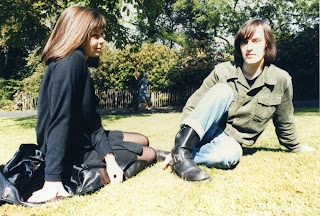 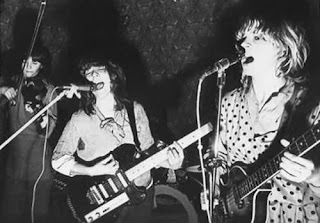