Month of The Girl Band: day 2 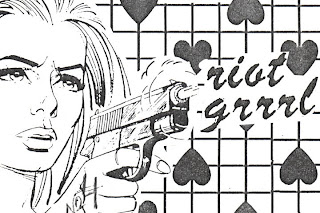 Girls have been fighting their way up the musical food chain for centuries. They suffer under the misconception that women cannot compose or achieve mastery at the same level as men. The huge irony in this is that the ability to play an instrument was so long seen as a necessary part of a woman's (meager) education. I decided to finally read the Jane Austen books this year, and all the girls are expected to sing and perform, and seen as deficient if they have not devoted themselves to an instrument they will eventually be forced to abandon performing in public.

The riot grrrl movement in the Pacific Northwest, which I was lucky enough to be a contemporary of, was a huge push for girls to pick up an instrument and rock it just as hard as the boys, rather than just being groupies on the sideline. I was too busy playing music in a classical atmosphere to have time for a rock band, but I loved to see the girls play. There was also a Riot Grrrl zine by a Bratmobile member...I think I still have some old copies at my mom's I should post next year. (see Zinewiki for more).

The main part of this exercise is to promote girls as serious contributors to the rock genre and highlight their contribution. I love this song by riot grrrls, Bratmobile. It shows the internal strife in the music world and the inability to be taken seriously. Bratmobile was on Lookout Records and PNW contemporaries with great girl bands we will explore like to Bikini Kill, Some Velvet Sidewalk,Slant 6, Heavens to Betsy, Sleater-Kinney and the boy bands Nirvana, the Melvins, Operation Ivy and Beat Happening (Calvin Johnson of K Records band) and involved in the Kill Rock Stars series. (See day 7 for more).
Bratmobile 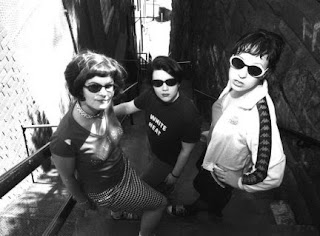 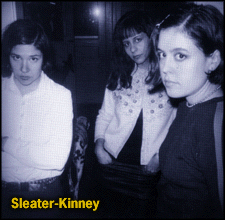 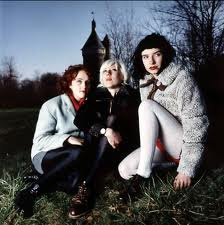