tapes for tuesday: a series part 12 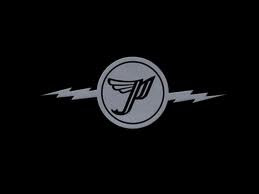 I woke up thinking how nice the weather finally turned yesterday just in time for spring, still surprised how quickly the daffodils popped up in one day and singing to myself "There is this old woman, she lives down the road. You can often find her kneeling inside of her hole" so I knew today was a perfect day for the Pixies.

Bossanova is the first Pixies album I picked up, and for the life of me I can't remember how or where, but I know they changed things for me. They were like a Velvet Underground for my generation. I didn't ever get to see them play live when they were together and always regretted that I didn't take a mega roadtrip to see them. The Pixies were always the band I wished more than anything would get back together to tour.

In 23 July 2005 I got my wish. Mr. IMo? and I were living in North Carolina at the time when we heard Perry Farrell had lured the Pixies to headline Lollapalooza, both the Pixies and Lollapaloooza in their newly reformed infant state. We put down a wad of cash for that first festival and it was worth every penny. We had to hold back a bit at the show because Macaroni came along for the ride in his 7 week old glory but nonetheless, it remains a top show. The best thing was that the entire live show was recorded and came out on CD along with an acoustic performance in Newport, RI (you can watch the DVD version Pixies: Acoustic: Live in Newport on Netflix) and another show in Cleveland, OH. I bought two copies of each. Some are still mint in the plastic.

Black Francis (aka Frank Black) wrote all the songs on this album. It was put together at a time when the band was having a lot of issues (watch the movie : LoudQUIETloud to get a better background) and was throw together pretty hurriedly. It was really the overall sound of this album that hooked me, not so much the individual merit of each song. Though "Dig for Fire" and "Velouria" are definite standouts, and "Stormy Weather" with its surf rock sound (think precursor to early Weezer) was certainly catchy.

I know for most people who will read this, I am pretty much preaching to the choir; very little more can be said to tout the band. I bought my first Pixies album on vinyl last week, Wave of Mutilation: Best of Pixies and it bought a whole new layer to the music which was frankly shocking. I now intend to start compiling the collection on vinyl as these tapes slowly disintegrate and can't wait to rediscover the Pixies in a whole new way.

Posted by digestibletrax at 7:51 AM