WELCOME TO THE MONTH OF THE GIRL BAND

Although March is Women's History Month, April is girl power month at this house.

It started four years ago when I made Katydid her first mix CD for her birthday and wanted to give her some good female idols. Last year I did a facebook version, with a song each day. My compilation list has grown exponentially since then and I will highlight 1 band per day with two other songs to check out which may or may not have a connection. Also, I am sort of flexible on the "girl band" makeup. It must be at least female-fronted or a duo.

I figure the best place to start and endeavor such as this is with my first favorite female led band, Siouxsie and the Banshees. Siouxsie was mesmerizing to me. Her particular combination of power, femininity and conviction in an era of pop-stars like Tiffany or Debbie Gibson was enthralling. She also attracted some incredible boys of her time as her Banshees: Sid Vicious (Sex Pistols) as one time drummer, Marco Perroni (Adam and the Ants), Robert Smith (The Cure) and Budgie (Big In Japan & The Slits).

However it was not until 1993 that I received a mixtape featuring her side-project The Creatures. I love this song. The tribal beat and the lyrical back and forth wherein the women taunt the helpless men has such a universal and timeless feel. A severely under-appreciated song in my book. So, with that introduction to one of the most influential women of modern alternative rock, here is Siouxsie Sioux and her eventual husband Budgie as The Creatures. 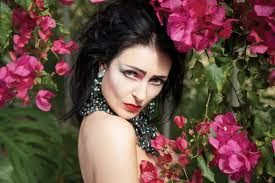 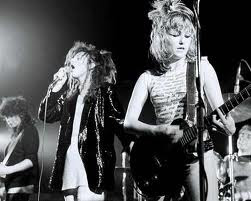 1. "Standing There" - The Creatures
(this is the best quality audio but the youtube poster mislabeled it as the Banshees)

2. "Kiss Them For Me" - Siouxsie and the Banshees